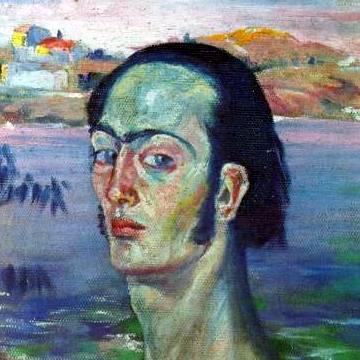 clue: He didn't transcend space and time, but his paintings did.

trivia: To increase the difficulty slightly, Scott sought a source image that did not include Dalí's famous upturned moustache, settling on his self-portrait from 1921. Incorrect guesses included Claude Monet, Leonardo da Vinci, and two for Pablo Picasso.

Your mother wouldn't recognize this controversy-courting photographer if she sat down to one final dinner with her. Go »

There is such a thing as too much joy of painting. Go »

that stopped where they started. This Dutch artist created images Go »

He may have been the best Creole portraitist in Storyville, but he didn't get a picture of Kerry Gilhoulie's fist. Go »