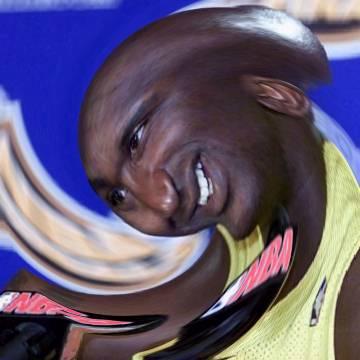 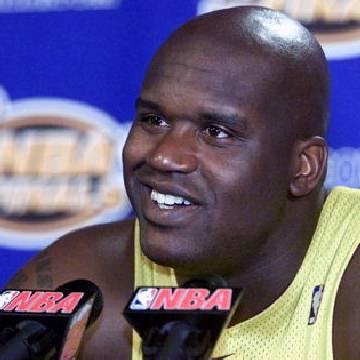 clue: O, kneel before this diesel-powered player for heated lakes.

explanation: O'Neal played basketball for the Miami Heat and the Los Angeles Lakers. One of his nicknames was "Diesel," which was also the title of one of his albums. The words "O, kneel" are a play on his last name. The letters "NBA" in the gooed image provide an extra hint. more…

player landmarks: This was the first goo solved by William Baysinger.

trivia: As Dave Mitzman pointed out the following week, O'Neal played for the Orlando Magic, not the Miami Heat. Scott knew this, but got the two Florida cities confused when he wrote the clue.

Don't even try to wrestle this big ape. Who's the king? Go »