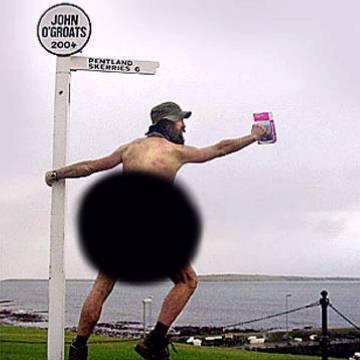 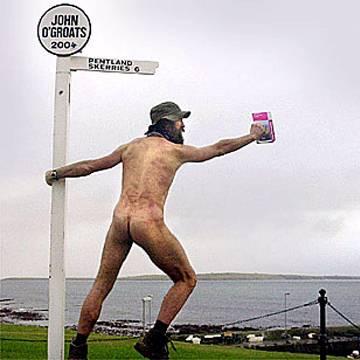 clue: I'd tell you all about this public-nudism activist's long, naked walks across England with his girlfriend Melanie, but I don't want to ramble.

explanation: Gough, nicknamed the Naked Rambler, walked the length of England while naked several times to raise awareness for his cause. His walks concluded in John o'Groats, depicted in the gooed image. more…

trivia: Gough was guessed incorrectly for multiple goos during Naked Week. He is the first "Do-Over" goo to represent multiple previous goos.

This man's Mohawk activism has less to do with hair and more to do with Native American rights. Go »