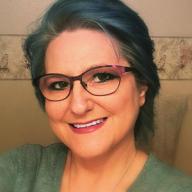 It would appear that NBC has greenlit the reboot.

“It’s been 30 years since Dr. Sam Beckett (Scott Bakula) stepped into the Quantum Leap accelerator and vanished. Now a new team has been assembled to restart the project in the hopes of understanding the mysteries behind the machine and the man who created it.”

They are pretty sure Bakula is involved.

If NBC likes the pilot, the project is set for series production in 2023, presumably premiering in the Fall.

I don't know how many of you are familiar with the show, but I last episode - while good - was heartbreaking and left fans feeling abandoned.

I can see Dean Stockwell in my head furiously punching the buttons on that hand-held device while holding a fat cigar between his firs5 two fingers.

Is anyone else as excited as I am about this? Or is this just going to add to the reboot fatigue?

Matthew Preston | January 14, 2022
Oh snap, this is the first I've heard about it. And yes, I am excited as well! As long as Ziggy makes the same weird screams when the "Al" equivalent hits it, It'll be a win in my book. I had no idea how old Dean Stockwell was. He died at 85.

And I agree with you on the final episode. It was a show about science that ended on spirituality. Felt like a betrayal at the time to me, but like many things, it was the worst finale "so far" when I watched it back in the day. There have been many worse stinkers/betrayal of endings since then (Sopranos/Seinfeld/Angel/Roseanne/Game of Thrones, and honorable mentions to St. Elsewhere/Lost, even though I never watched those).

Side note: I just found a site that had this to say: The series ended with a post-script: “Dr. Sam Becket never returned home.” Yes, the show ended by misspelling its lead character’s last name wrong.

Scott Hardie | January 15, 2022
Didn't that show get cancelled several times? I really liked the original series finale, where Al reunites with the wife he lost during the Vietnam War. Such a sweet note to end on. But the show got revived once or twice, and grew increasingly cheesy as it went on.

Someone online suggested that Matt Berry be cast in the new role equivalent to Al, and I'd like to see that.

Here's predicting that the reboot plays more aggressively with the idea of a multiverse created by timeline changes, since that's the flavor of the month in entertainment right now.

The World According to Evie

9-1-1: Lonestar is a spinoff of 9-1-1 starring Rob Lowe as an FDNY firefighter who survived 9/11 who moves to Austin, TX to be the chief of "The 126" - a house that had lost all but two members to a deadly fire. One remains on the crew, one does not - he was the chief and causes a bunch of issues. Here is the logline: A New York firefighter relocates to Austin, Texas with his son, where he works to save people's lives while trying to solve his own personal problems. Go »

Ok we all know who Boba Fett is. And if you don't... why are you even reading this? Go »

I'm going to try to keep up with what the heck I'm watching this year. This will be an index of sorts that I'll add to as I watch stuff with links, blah blah. I'll write about TV series here in the blog and movies will be where they are supposed to be - over in Thorough Movie Reviews. Go »

Ok to be clear - this really was just one season covering one story, split up into two parts. Michael Dorn was in Clubhouse last year and they let folks come up and ask him questions. I was lucky enough to be chosen to come up. Go »

I have been watching this off and on since 2020. It was very slow at first and for a long time, I completely forgot about it. But I joined a club called Sci Fi Matters on Clubhouse and they also have a Discord for off-line chatting. Go »

I don't have cable (well - I do, but we haven't really set it up) so I watch this on Hulu now, though I used to DVR it in another life. Logline: A heartwarming and emotional story about a unique set of triplets, their struggles and their wonderful parents. Here is an episode guide on Wikipedia. Go »