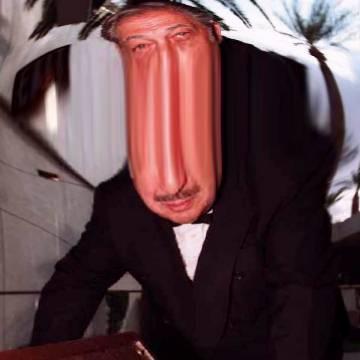 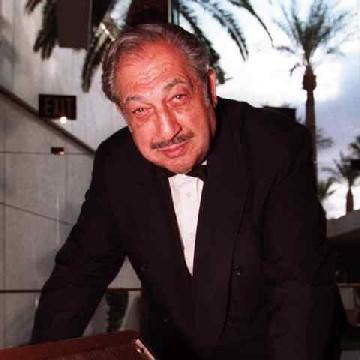 clue: This goo's claim to fame resulted from notifying the local populace that "The King" would not be returning any time soon.

trivia: There were four incorrect guesses for Horace Lee Hogan, the very first person to say the famous phrase. Dvorin is widely associated with it, having spoken it on most of Presley's concert recordings for decades and appearing at Presley conventions as its speaker. The photograph is of Dvorin.