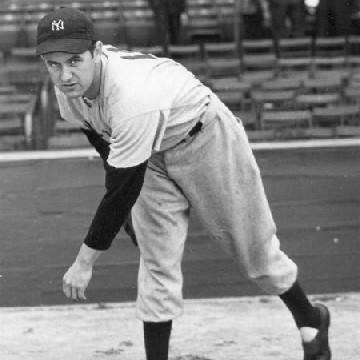 clue: This goofy fastballer knew that there was more to winning a game than just being a good player.

explanation: Lefty Gomez, nicknamed "El Goofy," was known for his quick wit, his fastball, and the saying "I'd rather be lucky than good." more…

trivia: Scott used Fusion Room, a component of Kai's Power Goo, to reverse the image. The reversed Yankees logo was the only hint that the player was not right-handed.