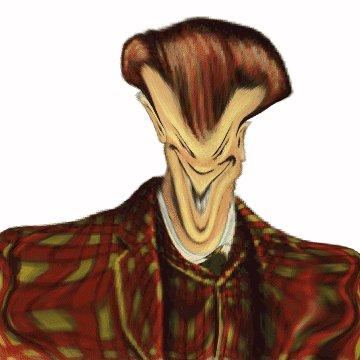 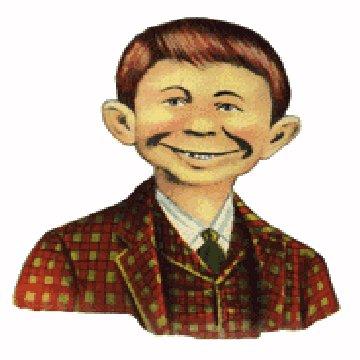 explanation: "New man" is a play on Neuman's last name. Neuman was the mascot character for MAD magazine, which is intended for preteen boys and girls (primarily boys). more…

trivia: This goo was specifically distorted to look like Jack Nicholson, and the clue was written to match. (Nicholson is known for saying "boys and girls" to accompany a quip.) The trick worked; more than one person guessed Jack Nicholson, even though this goo was categorized in "miscellaneous" instead of "acting."

This Boston-Irish comic with the (foul) motor mouth spent years playing a firefighter and a sabretooth tiger. Go »