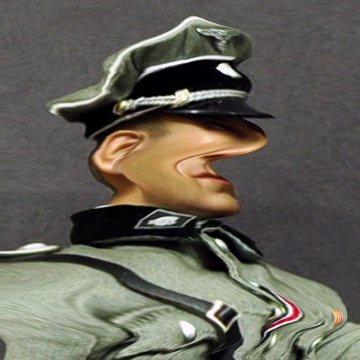 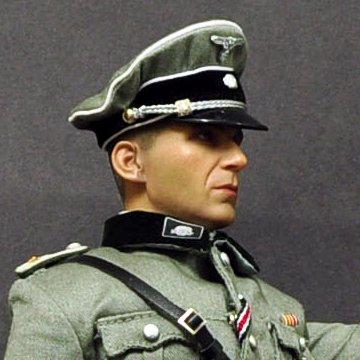 clue: As many as twelve thousand prisoners died in his concentration camp at Plaszów, many shot by him personally from his balcony.

trivia: The source photo is an action figure made in Goeth's likeness, though the resemblance is closer to Ralph Fiennes in character as Goeth in Schindler's List.