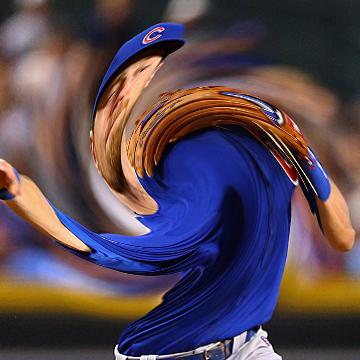 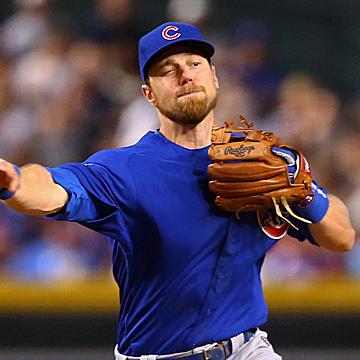 clue: This gorilla-like player has been World Series royalty twice, once in Kansas and once in Illinois.

explanation: Zobrist, nicknamed Zorilla, won the World Series in 2015 with the Kansas City Royals and in 2016 with the Chicago Cubs, and was named MVP in the latter. more…