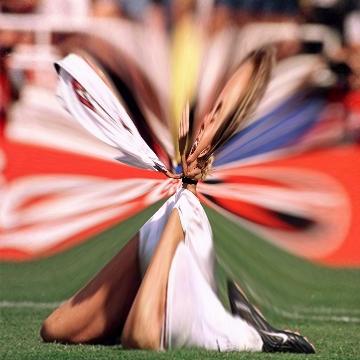 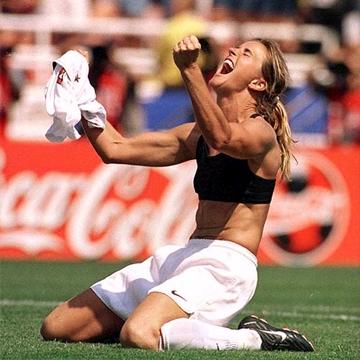 clue: Triumph at a game this difficult inspires naked joy.

explanation: Chastain was a soccer player whose topless celebration of a victory in 1999 became iconic for a generation of girls taking up sports. more…