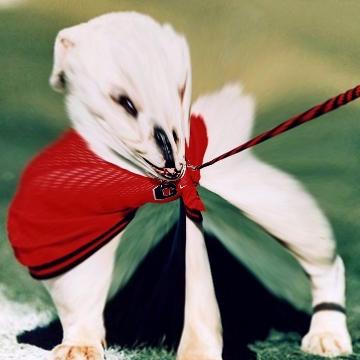 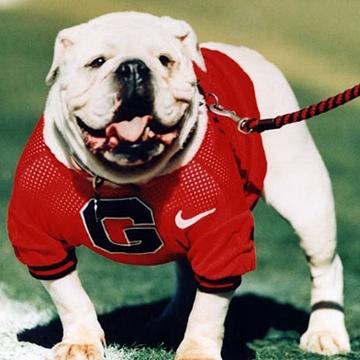 clue: The biggest football fan in Georgia might be the littlest.

explanation: Bulldog Uga was the unofficial mascot of the University of Georgia football team, known for appearances at games for over fifty years, with each dog's offspring succeeding it. more…