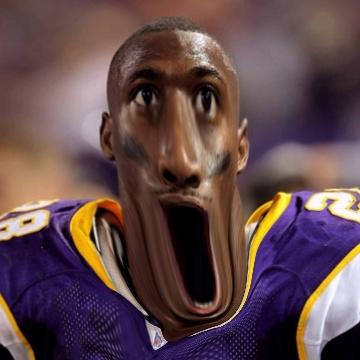 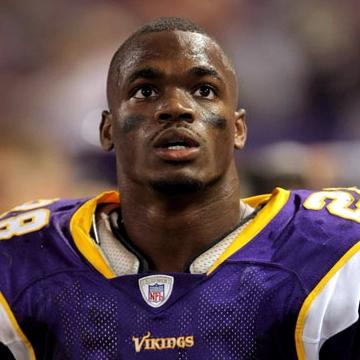 clue: Don't hurt yourself running back here with the answer.

explanation: Peterson was a running back for the Minnesota Vikings at the time this goo was published. more…

trivia: Scott struggled to write a good clue for Peterson. He finally gave up, realizing that the gooed image had everything needed to identify him, and wrote a very simple clue instead.