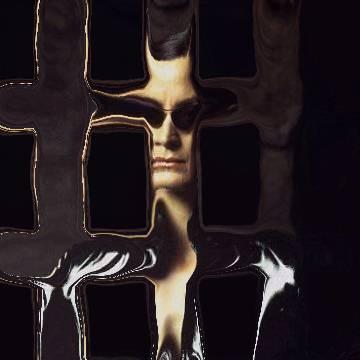 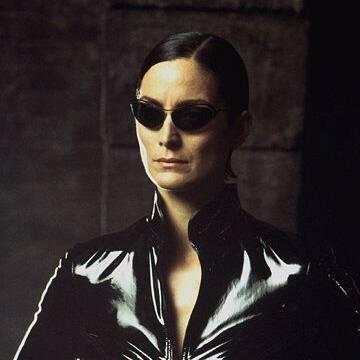 clue: There are three celebrities who could kick off the new round, but Keanu Reeves and Laurence Fishburne have both been goos already.

explanation: Moss was the third-billed star of "The Matrix" after Keanu Reeves and Laurence Fishburne, both of whom really were goos before her. The word "three" is a reference to her character Trinity, who was introduced with a spectacular "kick" in the film. The source image was gooed in a grid form, hinting at the title of the film. more…

trivia: This goo appeared the week that "The Matrix Reloaded" opened in theaters. Scott decorated all of his web sites with a Matrix theme that week, including the goo game site.

Dude, this guy couldn't get moore famous if he married Brittany Murphy. Go »