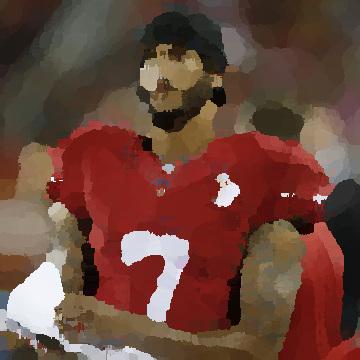 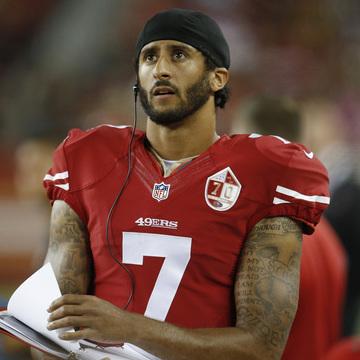 clue: He's supposed to mine for Super Bowl gold, but he instead struck a vein of pure controversy when he refused to stand for the National Anthem.

explanation: Kaepernick, quarterback of the San Francisco 49ers ("mine for gold"), created a lasting controversy in 2016 by refusing to stand for the National Anthem because of what he believed was unjust treatment of African-American citizens by police. more…