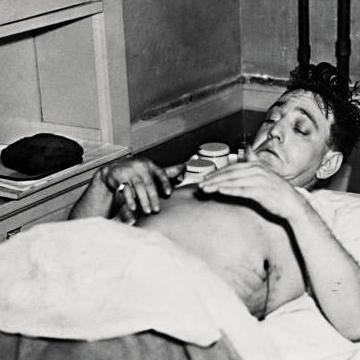 clue: This American mob boss may not be so lucky or finding the gates to heaven, but at the rate he was going, he would have to pay for his own expenses.

explanation: Schultz was a Jewish American mob boss who crimes were bootlegging,murder, extortion, and the number games. He was buried at the Gate of Heaven Cemetery. Paying for his own expenses is a play on his first name. more…