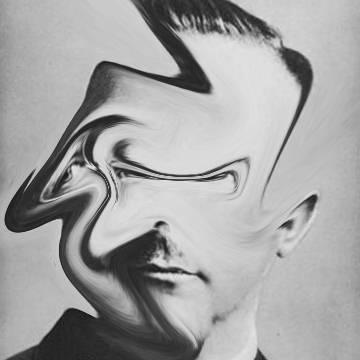 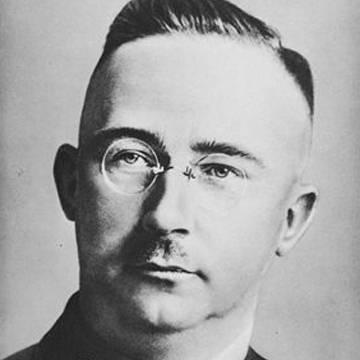 clue: This leader waffled on his loyalties at the end of WWII, but ultimately decided on cyanide.

explanation: Himmler led the German Waffen-SS during World War II and murdered millions by engineering the Holocaust. He killed himself with a cyanide capture after failing to defect to the American side. The word "waffled" is a play on Waffen-SS. more…

trivia: Scott repeatedly gooed a swastika pattern into the source image until it was sufficiently distorted. (example)