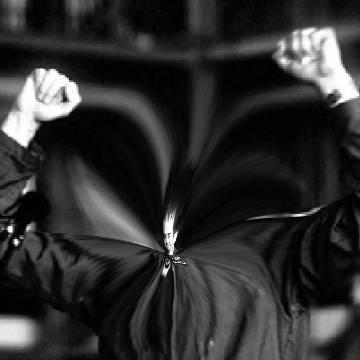 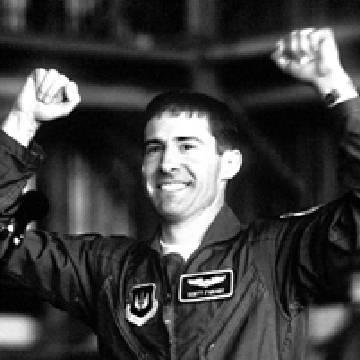 This celebrity goo was created by player Mike Eberhart.
Scott Hardie provided the gooed image, category, and difficulty and made minor changes to the explanation provided by Mike.

clue: This Falcon had a hard landing in Bosnia.

explanation: O'Grady was an F-16 Fighting Falcon pilot who was shot down over Bosnia in the mid-nineties, and made headlines for surviving in the wild for several days before being rescued. more…

player landmarks: This was the last goo solved by Matt Babula.

trivia: This goo was one of many in the game who made headlines in his or her day, but was mostly forgotten years later by the time the goo was published.