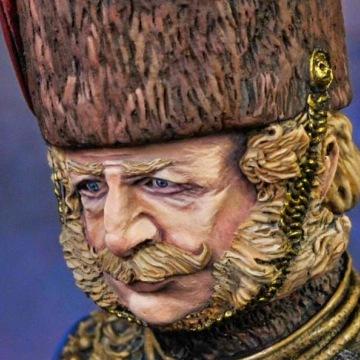 clue: Immortalized by Tennyson, his company of soldiers were decimated by Russian artillery.

explanation: James Thomas Brudenell, 7th Earl of Cardigan, led the Light Brigade to defeat in the Crimean War. He survived and had a sweater named after him. more…

All hail this patriotic Connecticuter, whose legend began the same year as our nation, when he was hung for spying and gave but one life for his country. Go »