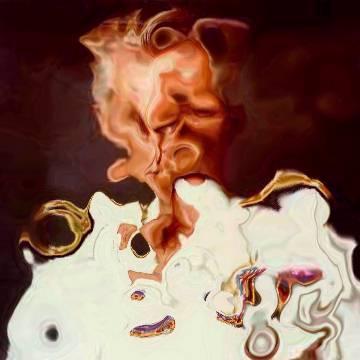 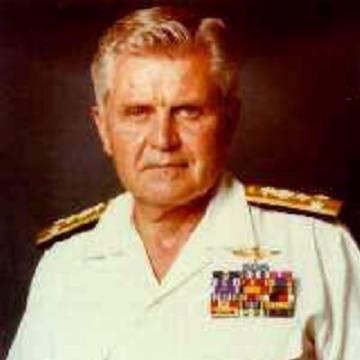 This celebrity goo was created by player Steve West.
Scott Hardie provided the source image, gooed image, category, and difficulty, made minor changes to the clue provided by Steve, and wrote the explanation.

explanation: Stockdale was one of the most highly decorated officers in the U.S. Navy, and ran for Vice President under Ross Perot in 1992. Phil Hartman's famous impression of him on "Saturday Night Live" consisted of Hartman (under glasses and wig) staring wide-eyed at the camera and shouting "Gridlock!" every few seconds. more…

trivia: As a high school freshman in 1992, Scott took an acting class for fun. Dared to do an impersonation on the spot, Scott sat in a chair, stared wide-eyed at the class, and shouted "Gridlock!" every few seconds. No one had any idea what he was doing.