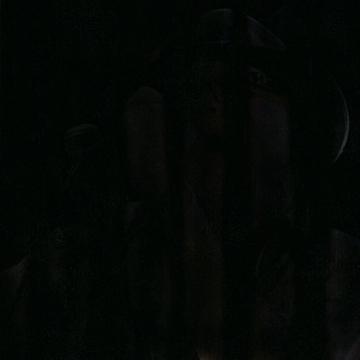 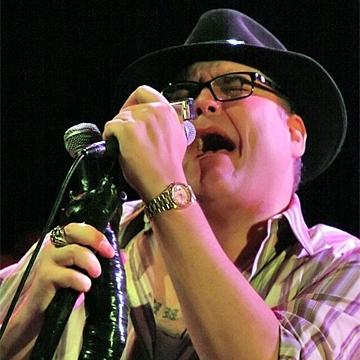 clue: This frontman has taken his favorite musical form on the road through thick and thin.

trivia: Scott used Kai's Power Goo to make the image almost entirely black, but left just enough faint detail that someone with sharp eyes (or image-manipulation software) could see part of the original photo underneath.