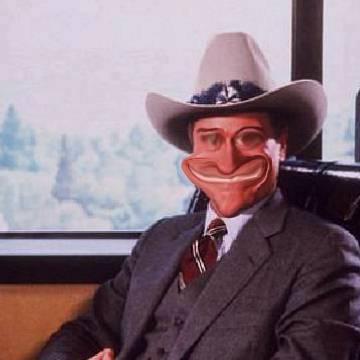 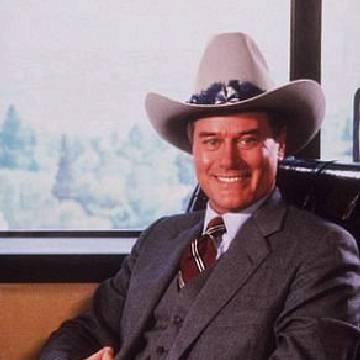 This celebrity goo was created by player Steve Elliser.
Scott Hardie provided the source image, gooed image, category, and difficulty, made minor changes to the clue provided by Steve, and wrote the explanation.

clue: Who shot this goo?

explanation: Ewing, played by Larry Hagman, was a character on the TV series "Dallas." The most famous episode was a season finale cliffhanger promoted with the slogan, "Who shot J.R.?" more…

player landmarks: This was the first goo solved by Mario Di Carlo.

trivia: Steve Elliser provided the clue "Who shot him?" but Scott changed it. There were 8 guesses for J.R. Ewing, 9 guesses for Larry Hagman, and 2 guesses for "either," which Scott accepted under the rare circumstances.

Neither Blanche nor Rose have anything on Ms. Zbornak! Go »