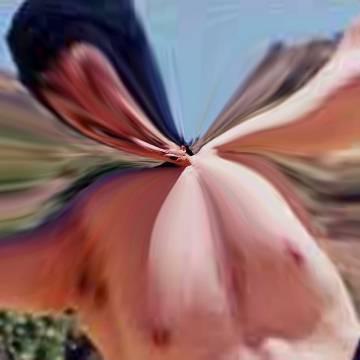 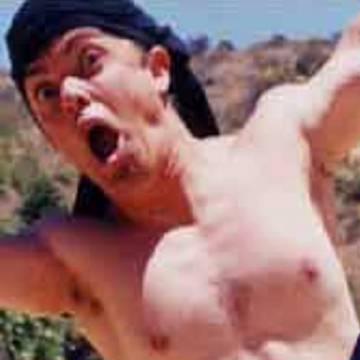 This celebrity goo was created by player Steve Elliser.
Scott Hardie provided the source image, gooed image, category, and difficulty, made minor changes to the clue provided by Steve, and wrote the explanation.

clue: This little guy can be quite the horse's arse.

explanation: Acuña, a little person, is a cast member of the movie and TV show "Jackass" (referred to in the clue as "horse's arse"). more…

trivia: The martial-arts-themed photo inspired many players to guess people from kung-fu movies, including many guesses for cast members of "Kung Pow: Enter the Fist."