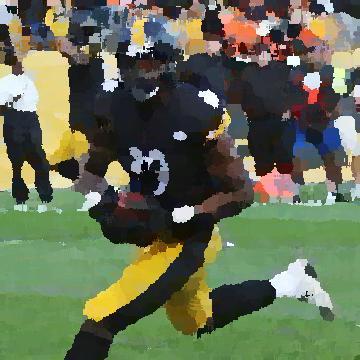 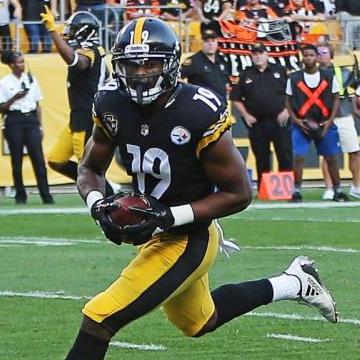 clue: Not just another John Smith, this Pittsburgh wide receiver may make it to Dancing with the Stars someday.

explanation: JuJu Smith-Schuster was born John Smith and later changed his last name. JuJu is a nickname. The Dancing with the Stars reference is an attempt to confuse players into thinking this is teammate, Antonio Brown. more…

player landmarks: This was the last goo solved by Justin Woods.