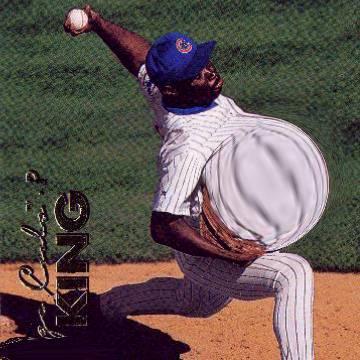 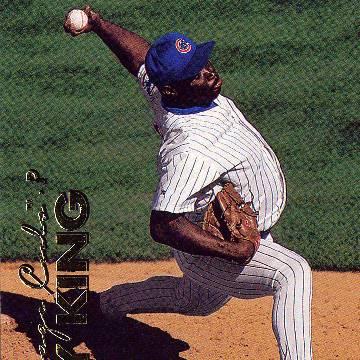 This celebrity goo was created by player Matthew Preston.
Scott Hardie provided the source image, gooed image, category, and difficulty, made minor changes to the clue provided by Matthew, and wrote the explanation.

clue: Oh what a relief it is to catch a pitch from this Milwaukee native. Who's the king?

explanation: King was, at the time the clue was written, a relief pitcher ("relief") for the Milwaukee Brewers. He also happened to be from that city. more…

player landmarks: This was the last goo solved by Edward Tegge and Wes Smith.

trivia: Scott really wanted to grant Matthew Preston's request, but he couldn't find a large enough image of King anywhere on the web, so he bought a set of Ray King baseball cards on eBay for thirty cents and scanned one to create the goo.