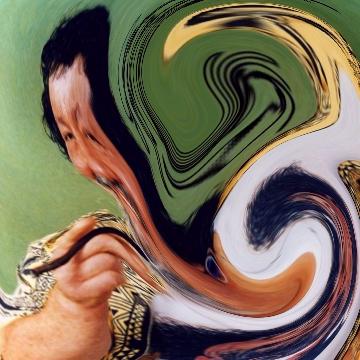 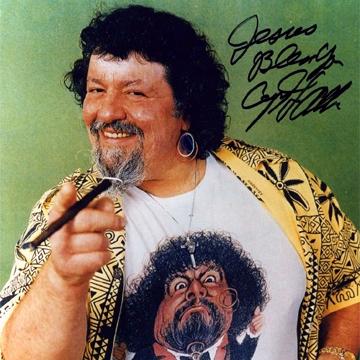 This celebrity goo was created by player Matthew Preston.
Scott Hardie provided the source image, gooed image, and category, wrote the clue, and wrote the explanation.

clue: He's been a professional wrestler, a video-game plumber, a rubber-band enthusiast, and Cyndi Lauper's dad.

explanation: Albano was a professional wrestler known for incorporating rubber bands into his jewelry. He starred in The Super Mario Bros. Super Show and several of Lauper's music videos. more…

trivia: Matthew was saddened by Albano's passing and requested that he become a goo at GooCon: Citrus Ridge two weeks later. Although Scott was not willing to take requests at the live game, he wanted to fulfill it in the online game.