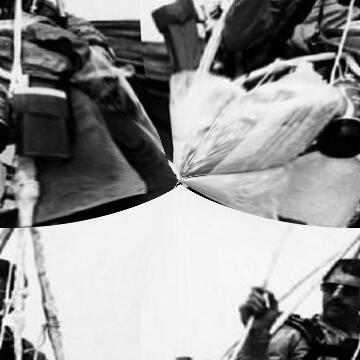 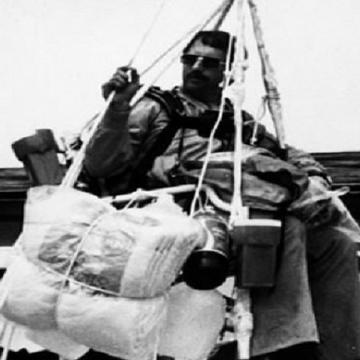 clue: This California trucker always wanted to fly, so he got himself a lawnchair and some weather balloons and a pellet gun and took flight into extreme aviation history.

explanation: In 1982, Walters, dubbed "Lawnchair Larry" in the press, flew over Long Beach in a lawnchair tied to helium-filled balloons, unable to control his descent due to dropping the pellet gun that he had intended to use to lower himself gradually. Since his stunt, numerous imitators have emerged in what is now called cluster ballooning. more…

He spent five years as a doctor in general, then nine years as a secret agent who improvised scientific solutions using mundane materials, then eleven years traveling the stars through a gate-like alien device. Go »