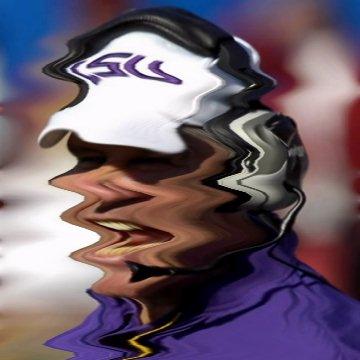 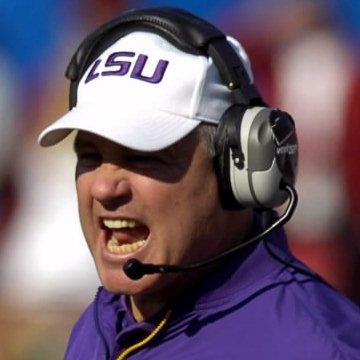 clue: This football coach is crazy about the caps sold by his Southern university, but that's not why people call him the Mad Hatter.