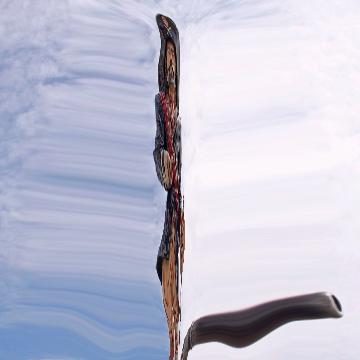 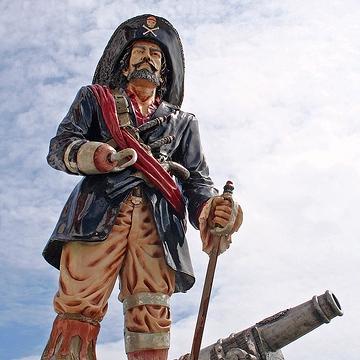 clue: Ironically, this fictional pirate had as great an influence on pirate mythology as any real treasure-seeker.

explanation: Silver was the villain of the novel Treasure Island and a major source of pirate lore. The clue jokingly refers to his one leg. more…

trivia: Scott gooed a picture that was labeled as Silver, but it was actually a statue of Captain Hook from Peter Pan. There was almost no way to tell the two apart, and Scott should have realized his mistake from the hook on the statue's hand, which Silver did not have. Scott credited the players because of his mistake, the second time in Pirates Week. Scott made an additional mistake in the phrasing of the clue, which he indented to say "ironically, this pirate had a large standing" because of Silver missing a leg. He altered the clue before publishing it and didn't realize the error until several days after it was published.