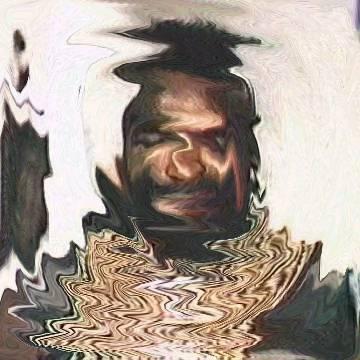 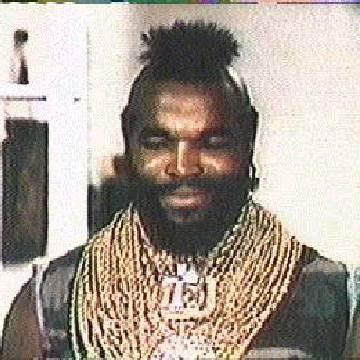 clue: I threw that Scott Hardie helluva far. I pity the goo!

explanation: The Celebrity Goo Game used to be on Scott Hardie's home page. At the time this goo went online, a fictional page existed on the same site, called "Mr. T vs. My Friends," in which T threw (and presumably killed) Scott, and Scott's friends sought revenge. The word "helluva," throwing people, and the (modified) phrase "I pity the fool!" are all part of T's celebrity. more…

player landmarks: This was the last goo solved by Ryan Orsucci.

trivia: Though there have been other celebrity goos that have been tied to Scott's Home Page, like Alyson Court (0052) and James Hetfield (0024), Mr. T seemed like the perfect celebrity to have as the landmark hundredth goo.

They have talk shows on CNN? Who's the king? Go »

This Frenchman's TV show was a real dive. Go »