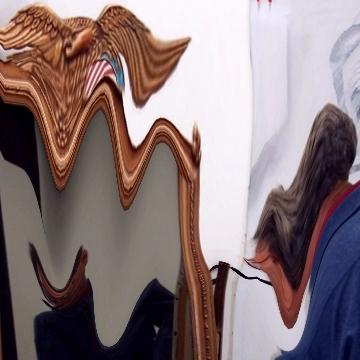 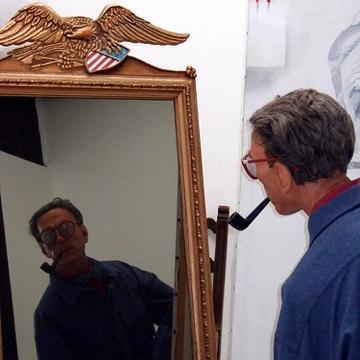 clue: On Saturday evenings, America feasted on another riveting look at itself in the mirror.

explanation: Rockwell was a painter known for his Americana and his work in the Saturday Evening Post. The clue references three of his works: A family Thanksgiving feast, a woman riveter rolling up her sleeve, and his own self-portrait in a mirror. more…

player landmarks: This was the last goo solved by Bryan Gordon.

Patriotism, numerology, and kleptomania are all part of this South Carolinian artist's claim to fame. Go »