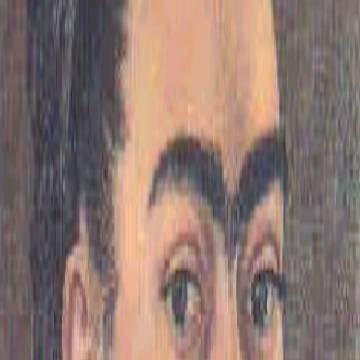 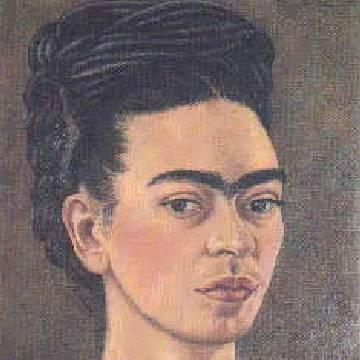 clue: This communist and self-portraitist limped her way into Mexican artistic history.

explanation: Kahlo was a Mexican artist whose most famous works are her many self-portraits (one of which is the source image). She also happened to be a communist and had a permanent limp after suffering polio. more…

trivia: This goo was part of Round Fourteen, in which each goo was selected by a player. This goo was chosen by Angela Rehn, an admirer of Kahlo.