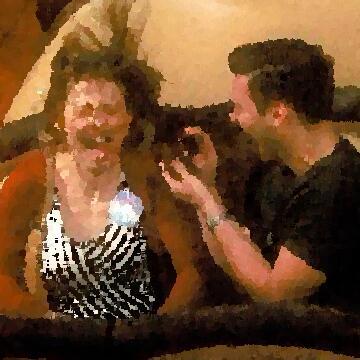 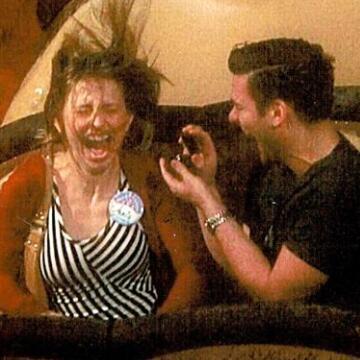 clue: If you want to make a splashy proposal, this groom knows the perfect mountain.

explanation: De Nicola proposed to his girlfriend Annia DiMaria while riding on Splash Mountain at Walt Disney World, timing the moment so that it would happen when the ride's automated photograph system snapped a picture of them. more…

trivia: This goo was inspired by incorrect guesses for the goo of Christopher Koyanagi.

This engineer went from "Terminator" to terminated in a debate over the eleventh Greek letter. Go »

This CEO may have been a little too revealing about his feelings in his Social media post about laying off staff. Go »

The 2016 shooting of this Cincinnatian inspired a lot of controversial opinions about the dangers of zoos, and even more memes. Go »