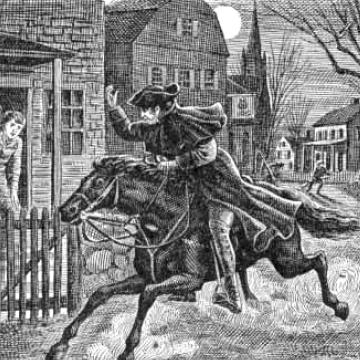 clue: Listen my friends of Longfellow's write
Which was mostly a lie of this fellow's flight

explanation: Revere was immortalized by Henry Wadsworth Longfellow in the poem "The Midnight Ride of Paul Revere," a tale which was mostly a fabrication by Longfellow. more…