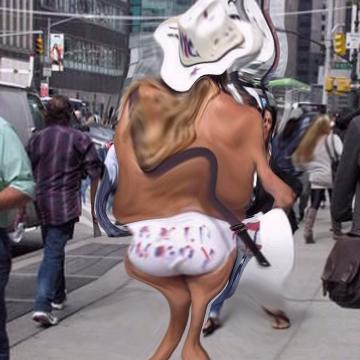 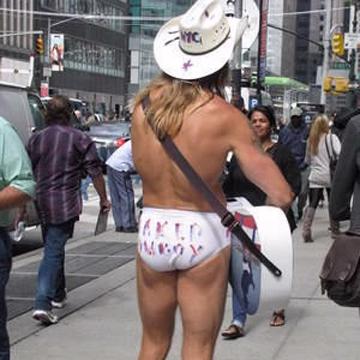 clue: Some people have started a new job in New York with only the clothes on their backs, but this guy didn't even have that much.

explanation: Burck was a New York street musician known as the "Naked Cowboy" for wearing only underwear and a cowboy hat. more…