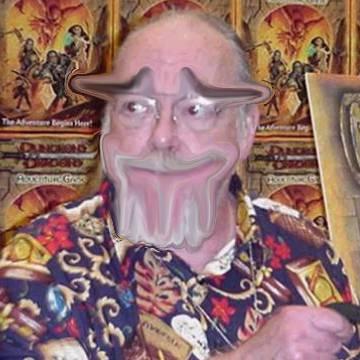 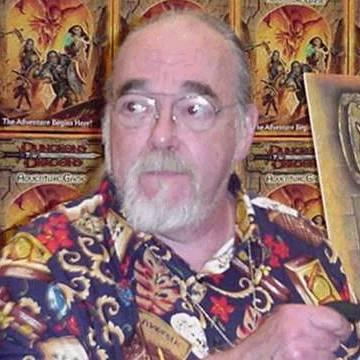 clue: That this gy is the seminal figure of RPGs is true, sure, and real.

explanation: Gygax is historically credited as the inventor of Dungeons and Dragons, the first role-playing game ("RPGs"), and the co-founded of TSR, Inc. ("true, sure, and real"), one of the major publishers in the RPG industry. Several players pointed out that Dave Arneson was the actual inventor, but Gygax is indisputably much more famous for it. The misspelling of "guy" ("gy") is a play on Gygax's last name. more…

trivia: This goo was part of Round Thirteen, in which each goo was dedicated to a particular player. This goo was created for Dave Craig, a lover of role-playing games. Though Dave didn't seem to have any special love for D&D, Gygax was the biggest celebrity that the RPG industry could muster, so Gygax it was.

Those damn dirty liberals should be made into soylent green. Go »