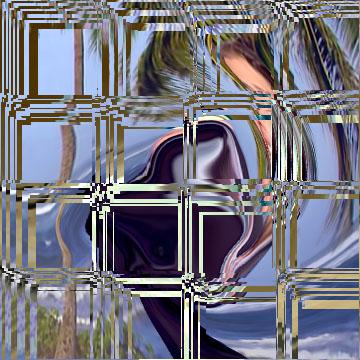 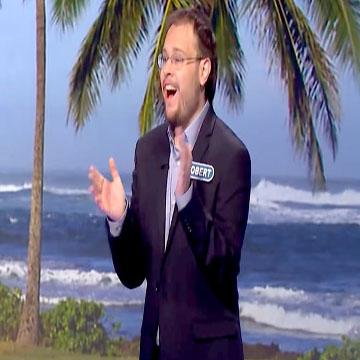 clue: This New Yorker said DON'T LET THE CAT OUT OF THE BAG but he has really good fortune because if you think he is EASY BREEZY you may see him on an EXHILARATING WATER SLIDE. He is also LIVING IN THE MOMENT because he has THREE WISHES and one of the three wishes he asked for was GOOFY PICTURES.

explanation: Santoli was a contestant who dominated on Wheel of Fortune, becoming an online meme. The capitalized words are only some of the puzzles that he solved during his appearance. more…