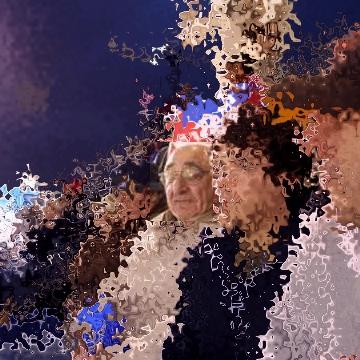 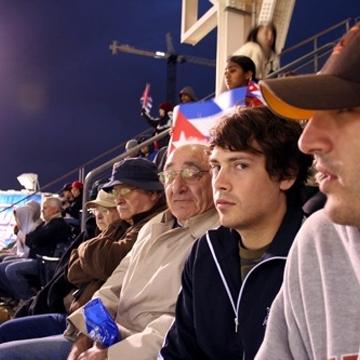 clue: You're guessing celebrities? Who gives a shit? ... Son, nobody's going to give you a prize for knowing who Dennis Hopper is. Even your mother knows that. ... You think it's me? Well, it sure isn't you. You have to do something with your life to be famous.

explanation: Halpern was the subject of a Twitter feed called shitmydadsays, written by his son Justin, which quoted the profane, blunt, and hilarious things he said on a regular basis. The feed had been offered a book deal and sitcom shortly before this goo was published. Scott wrote the clue like one of the tweets, making sure to specify that the goo was Samuel and not Justin. more…

trivia: This goo was published the day that the Dennis Hopper goo expired. Scott created it by finding the original photo that was cropped down to Twitter's 73x73 icon of Halpern's face, distorting it, and then pasting the icon over it in place. In eleven years of the game, this was the first goo with swear words in the clue.