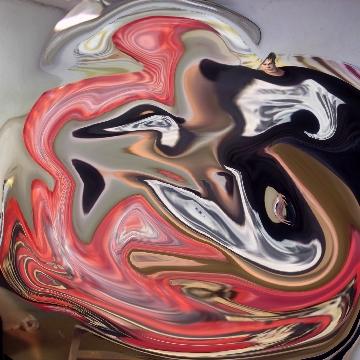 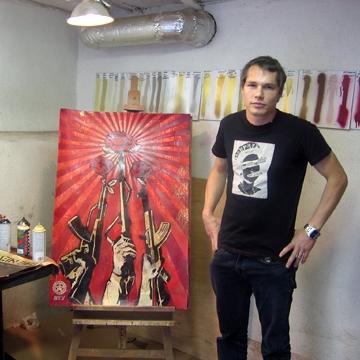 clue: This artist lived a fairy tale until he was crushed by some bad news.

explanation: Fairey gained popularity for his portrait of Barack Obama, which was made into posters with the caption "HOPE" and became an unofficial part of the 2008 presidential campaign. In 2009, he was caught in controversy when the Associated Press claimed copyright on the photograph that was the basis of the portrait. more…

trivia: This goo was originally created for the 2009 Year in Review.

This young artist expressed his heritage from the streets to the art galleries. Go »