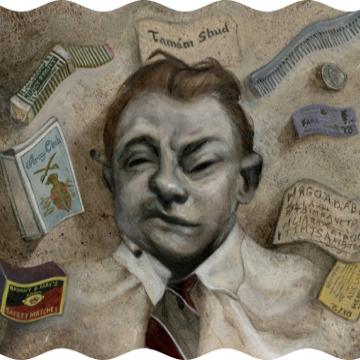 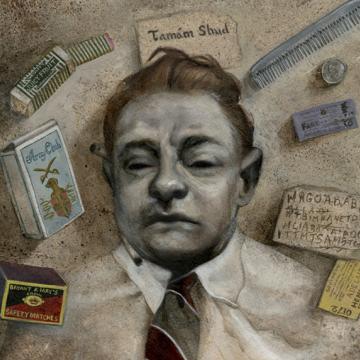 clue: What do a millenium-old book of MIddle Eastern poetry and the genetic implications of the folds of an ear have to do with this murder victim? Not enough to solve the case.

explanation: "Somerton Man" is the name given to a corpse found in Australia in 1948. The case has fascinated the public ever since then, thanks to certain mysterious details, like a scrap of paper in his pocket torn from a rare copy of Rubaiyat of Omar Khayyam. One modern-day expert discovered that the same unusual ear shape caused by the man's genetics is shared by the daughter of a woman connected to the case. more…

For some Internet celebrities, wetter is better. Go »

This prime example of a funk-metal bassist can still be heard on TV today, performing the theme songs of two long-running adult animation shows on cable. Go »

The alliterative hygiene brand that he co-founded, inspired by his work with apis mellifera, first became successful in Maine. Go »

He started writing novels while on long journeys on a tour bus in between playing rock concerts. Now one of his novels has become a hit film about a woman, boy, and girl making a dangerous journey while blindfolded. Go »