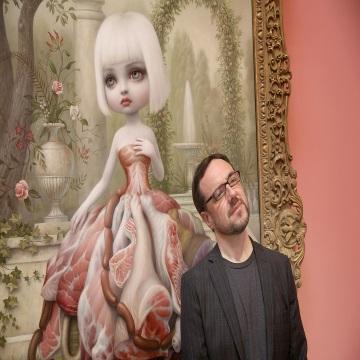 clue: Is this what Ansel Adams really had in mind when he thought about S&M?

explanation: A reviewer said that Goedde's photography could be what Ansel Adams would do if he was into S&M. more…