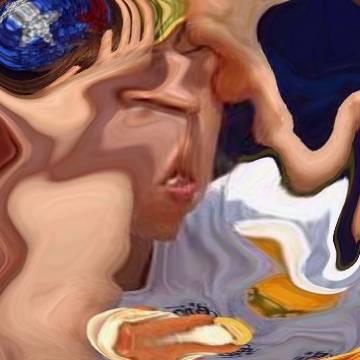 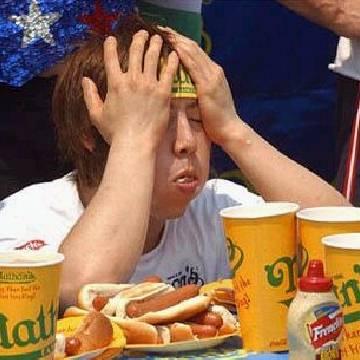 explanation: Kobayashi was the world champion of hot dog eating, having set a record of eating 53.5 hot dogs in 12 minutes. more…

trivia: As this goo was meant to be hard enough to break a tie, Scott immediately considered going back and re-gooing the source image to make the hot dog less visible, but guesses had already started coming in.

This Soviet champ lost his cool in Iceland. Go »

found himself in deep trouble Go »

he became king of the world at 19, and he didn't even have to castle Go »

I wouldn't put money on this goo to win the world series. Go »