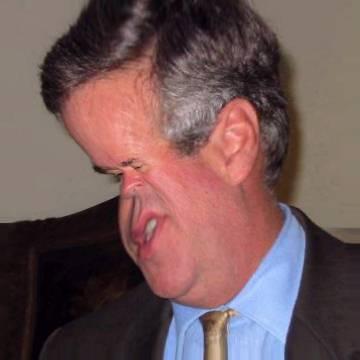 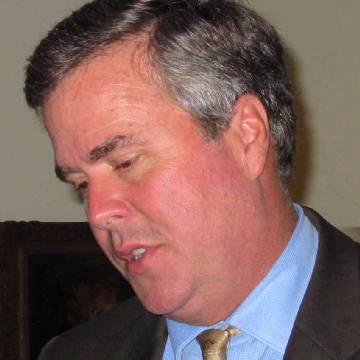 clue: It's been a while since we had a famous presidential brother who wasn't a total embarrassment.

explanation: At the time the goo went online, Jeb Bush was the well-liked governor of Florida, in addition to being the brother of the sitting U.S. president. The clue makes fun of the trend of embarrassing presidential brothers, such as Sam Houston Johnson, Donald Nixon, Billy Carter, Roger Clinton, and Neil Bush. more…

trivia: Scott failed to predict that anyone would guess Cameron Forbes Kerry, the brother of then-presidential-candidate John Kerry, or he would have phrased the clue more carefully. But someone did guess Kerry, and had to be rejected.