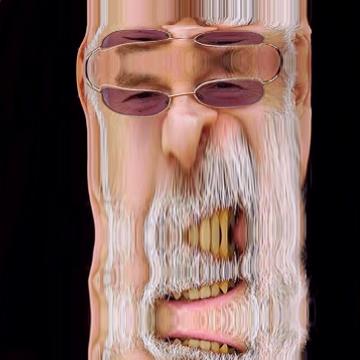 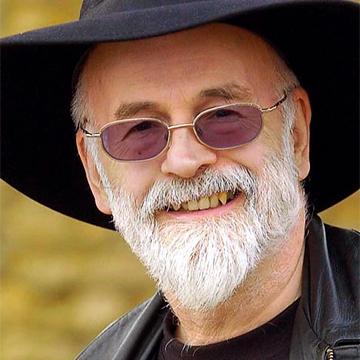 clue: I hope he saves his world on disk before he forgets it.

explanation: Pratchett was a fantasy author best known for the Discworld series. He disclosed in 2007 that he had been diagnosed with Alzheimer's disease. more…

While working late upon a goo, I tried to write an eerie clue referring to a falling house, but then I heard a tiny mouse, or so I told my beating heart as not to have it break apart, afraid that just a little breath would bring upon a crimson death from that which tapped inside my room where I now feared a certain doom, so scary were those growing knocks I felt quite trapped inside a box beneath the earth outside my door, where I was sure forevermore my murder would remain unsolved, unless the open case revolved around a single stolen note I somehow found the time and wrote, to warn about the urgent noise that kept me from my website toys, but then I realized like a fool that what had made me lose my cool was just my fingers spelling out this clue to tell you all about a Boston poet, tried and true, whose tangled rhymes became a goo, and just in time to set the scene for scary goos this Halloween. Go »

His novels, all of them adapted by Hollywood, are about a cannibal and serial killer named for an ancient general. Go »