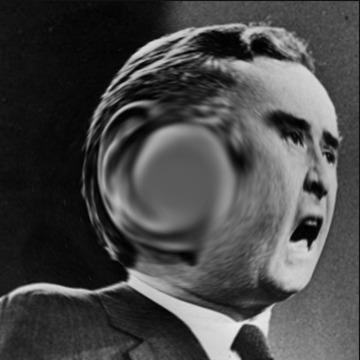 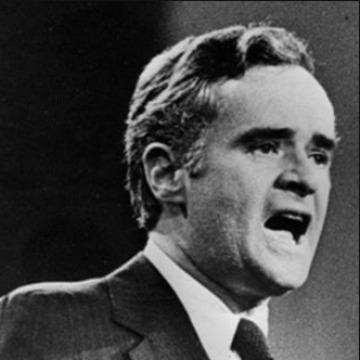 clue: It's crazy enough running for president without discovering that your running mate is a coo-coo bird, hospitalized multiple times for mental illness.

explanation: Eagleton was George McGovern's choice for vice president in the 1972 election. When his bouts of depression were made public and embarrassed the campaign, he was forced to drop out. more…

trivia: Scott didn't want to make light of mental illness with a derogatory term like "coo-coo," but hinting towards Eagleton's name with the word "bird" was too good of an opportunity to pass up.

This lawyer and secretary was a hit with the Trump administration, until he struck out in the public eye with domestic abuse allegations. Go »

Unlike his original running mate, he had never been treated for mental illness. But he had to have been crazy to think he could beat Dick Nixon in 1972. Go »