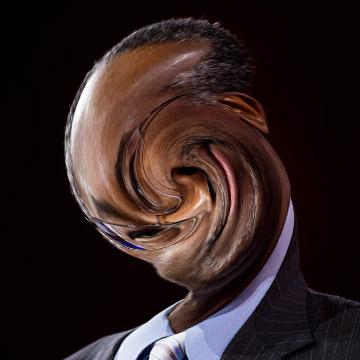 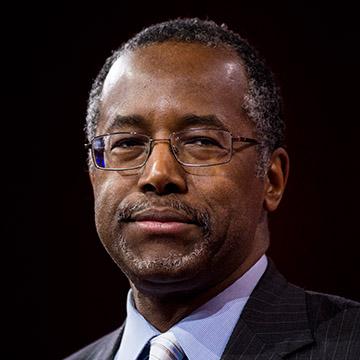 clue: This brainy doctor was nominated for HUD secretary soon after his Republican rival became president.

trivia: Ben Carson (2015) was the first goo created in ImageMagick, a software library that allowed Funeratic to distort images itself, generating randomized effects that would twist and pull and pinch the images without the aid of an outside program like Photoshop. Carson dominated the news at the time thanks to the presidential election, and I found Carson's name short and easy to type over and over again, so Carson became my guinea pig while testing the form. Hundreds of goos of Carson were made before the work was complete, and I finished off the project with one last "real" goo of Carson. ImageMagick has created almost all goos since. –Scott Hardie