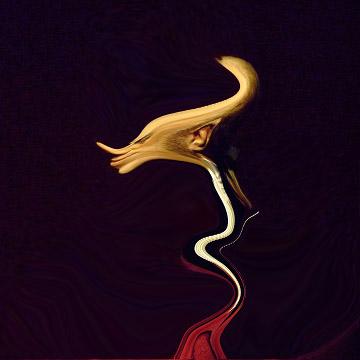 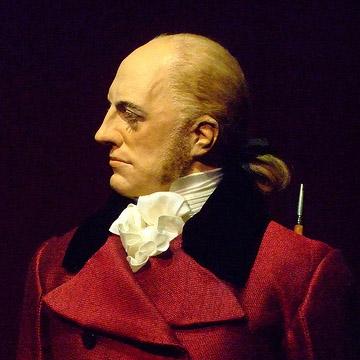 clue: A mouthful of peanut butter might make it hard to pronounce the name of this early vice president and $10 assassin.

explanation: Vice-president under Thomas Jefferson, Burr killed Alexander Hamilton (who appears on the $10 bill) in a duel. A milk commercial in the 1990s made light of the difficulty of pronouncing "Aaron Burr" with a mouthful of peanut butter. more…

trivia: Aaron Burr (2005), a goo created by player Jackie Mason, saved the game from extinction. Celebrity Goo Game was inspired by Kai's Power Goo, a Windows 95 program that turned photographs into playful caricatures (and gave the game the word "goo"). The early game was utterly dependent on Kai's Power Goo. I had installed a Javascript tool called QGoo on the site that let players make their own versions of goos for fun, and used it myself to make a few goos in a pinch when I had computer trouble, but it was never my expectation that other software could permanently replace Kai's Power Goo's role in the game. By using Adobe Photoshop to create her goo of Aaron Burr, Jackie proved that it was possible to make "goos" with non-goo programs, and soon after that, it became necessary: Newer generations of computers were unable to run Kai's Power Goo, and the game would have been forced to end if Jackie had not redefined the concept of what a "goo" could be. –Scott Hardie