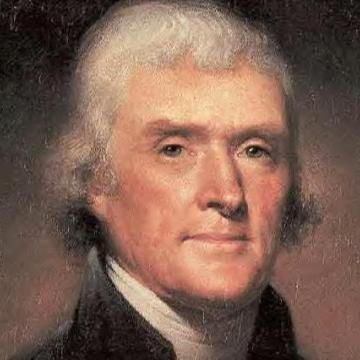 clue: Americans both black and white can claim this independence-declaring founding father to be their ancestor, but they can't claim him to be James Madison.

explanation: Jefferson wrote the Declaration of Independence. A group of African Americans claiming to be descended from Jefferson and his slave Sally Hemings were vindicated when a DNA test showed that they were indeed related to him. more…

trivia: This goo was inspired by incorrect guesses for a goo of James Madison.