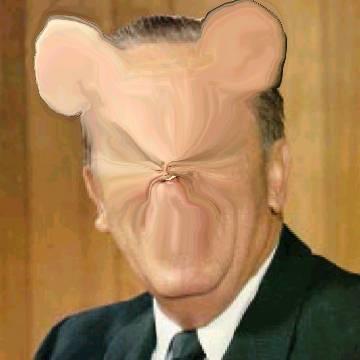 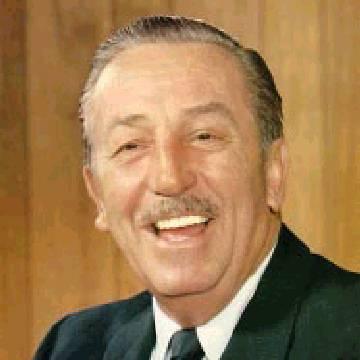 explanation: Disney was an animator who built a humongous entertainment corporation on the foundation of his popular cartoons. His most famous character, Mickey Mouse, had a pair of round mouse ears atop his head that became the symbol of the Disney corporation. (These are gooed into Eisner's forehead.) Pirates of the Caribbean is a boat ride at Walt Disney World and Walt Disney Land, two of Disney's theme parks. There is indeed a legend that Disney was frozen after his death and is stored under the ride, but the legend is false. Disney was interred in a Beverly Hills cemetery, and his grave can be visited by the public. more…

trivia: This goo was part of Round Thirteen, in which each goo was dedicated to a particular player. This goo was created for Angela Rehn, who did an internship at Walt Disney World for six months prior to joining the goo game.

His name graces a movie, television, and theme-park empire, and it all started with a mouse. Go »

Fire, a flowery name, and fear (or a lack thereof) define this powerful puff. Go »

She must have struck a devil's bargain to have had so much success animating little ponies, imaginary friends, and powerful puffs. Go »

This cartoon guy believes that Dad is the center of the American family. Go »