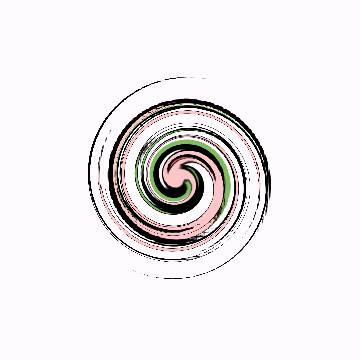 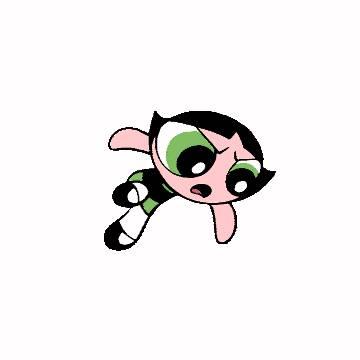 clue: Fire, a flowery name, and fear (or a lack thereof) define this powerful puff.

explanation: Buttercup was one of the Powerpuff Girls ("powerful puff"), a trio of child superheroes on a cartoon show bearing their name. She was defined by her firepower ability and by never being afraid, as well as the color green, visible in the goo. The "flowery name" was a trick - while buttercup is indeed a species of flower, one of the other powerpuff girls was named Blossom. more…

trivia: This goo was part of Round Thirteen, in which each goo was dedicated to a particular player. This goo was created for Eddie Conrad, who liked the Powerpuff Girls and was a big fan of Buttercup in particular. Eddie's love for the character first came to my attention when she was dissed on a page on another of my web sites. Eddie once wrote to me: "I am deeply enraged at this because I worship Buttercup, she defines everything good. She is the one with the punk-rock attitude and kick-ass personality. She is a the best fighter and most powerful of anyone in the ENTIRE show. She just too cool to be disrespected like this" How could I resist using her as Eddie's goo? Ironically, Eddie said that he wasn't expecting me to use Buttercup at all for his goo.

This goofball's best-known characters include an icy royal, a canine conjoined to a feline, a suspender-loving cow, and someone who lives in a tropical fruit under the ocean. Go »