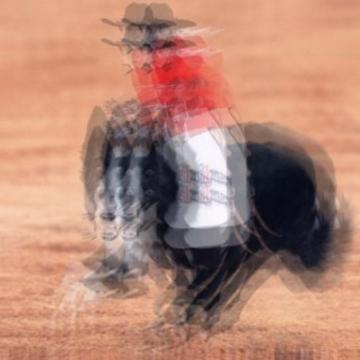 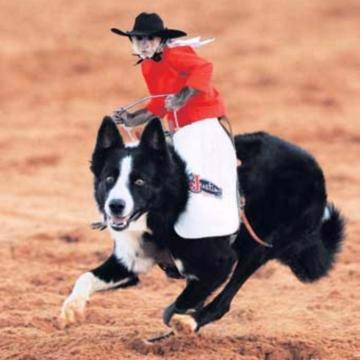 clue: Now that there is one odd bronc buster.

explanation: Whiplash was a capuchin monkey known for riding a border collie at rodeos across the United States. more…